I hired Rob to play at our company’s Christmas party.  Everybody commented on how much they enjoyed his playing and how professional he was.  I was very impressed with his performance and his broad repertoire of music and will definitely be recommending him to friends and family 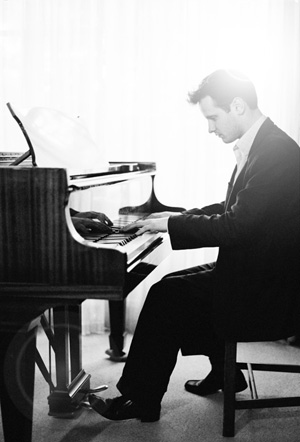 Rob received a classical piano training, first while a music scholar at Fettes College and then on the music course at Bristol University.  However, it was to be in the songs of the 1940s, jazz and more contemporary popular music that Rob was to find his natural territory.  Using repertoire from these genres, along with his talent for improvisation, Rob has performed at various high profile events, including corporate events, prestigious openings, weddings and even 90th birthday parties.  He has performed in front of a variety of people and dignitaries, including Paloma Faith, Jacqueline Gold, Yotam Ottolenghi, Rick Stein, Gizzi Erskine, Prue Leith, Michel Roux Jnr., Sarah Ferguson Duchess of York, the late HRH Princess Margaret, Natalie Dormer, Mark Carney and many other high profile figures.